Sneeze shields have certainly gotten a lot of visibility and use over the past few years, although they were already common in many settings before the pandemic. If you want to add sneeze shields to your business, you have to use them correctly. That sounds weird given that they're just sheets of rigid plastic, but their placement and the reason you're using them both make them more or less effective.

What They Can Actually Do

Keep in mind that these sneeze shields block droplets, such as those released in a sneeze or cough. If you're installing these as virus protection, do not use them as the only protection as they won't be enough to block smaller particles. However, if you're just trying to stop subjecting your employees to the obvious spray from allergy-ridden customers or protect trays of food at an event, the sneeze shields will be perfect.

You can install temporary barriers, such as a flat sneeze guard that can be repositioned around a counter as needed, or permanent barriers, such as you'd find on a salad bar or around a cash register. The temporary barriers are convenient but can be accidentally (or purposely) moved by customers who don't care about airborne particles. The permanent installations need to be installed correctly from the start in order to be effective, and they can't be moved at all, which means if you find another area that needs a shield, you'll have to buy one.

A valid criticism that appeared when people were using sneeze shields as guards against COVID-19 transmission was that some layouts, such as at a gas station cashier's counter, were so completely enclosed, save for a little opening for passing things like cash, that the ventilation inside the enclosure was actually made worse. That meant that any virus germs sort of settled into the enclosure instead of leaving, which put whoever was in there at risk. When you add the sneeze shields, allow for some air ventilation — just not in the direct path of where anyone could sneeze or cough.

Good sneeze shields are affordable but still can add up, so plan out what you need carefully. Depending on why you want the shields, you may want to start with a few and then build up what you have as it becomes apparent where you need to place these barriers.

Talk to a manufacturer to find sneeze shields for your business. 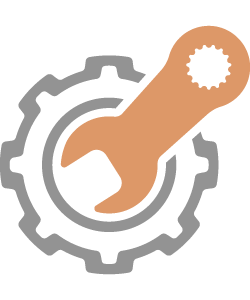 If you've ever wanted to find out more about the world of industrial manufacturing, you've come to the right place. This blog is dedicated to bringing you interesting insights into this important sector of the economy. We aren't experts when it comes to this subject, but everyone who publishes on this site has a keen amateur interest in this topic and we hope that our enthusiasm shines through in every word you read here. We are planning to publish a large number of articles on this site so please bookmark this page so you can find us again in the future.